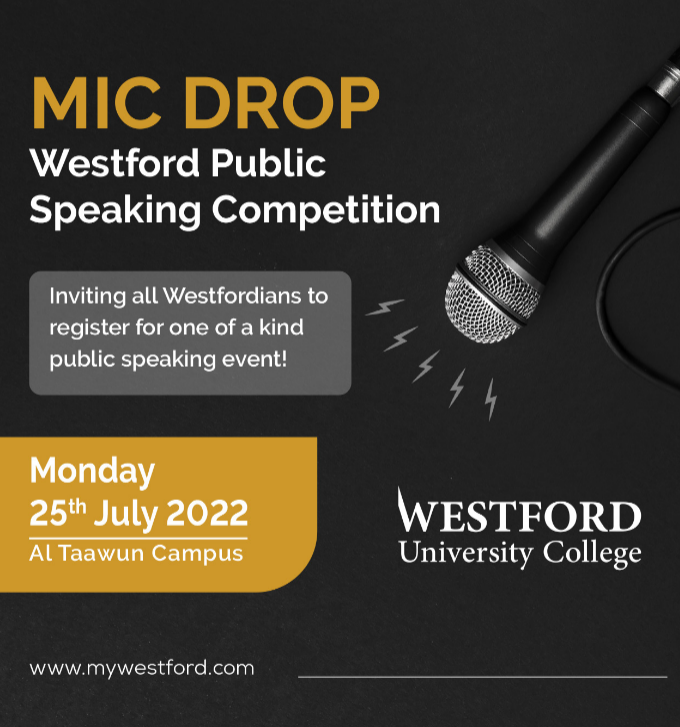 Public speaking, as challenging as it may be, is one of the most crucial skills to harbor. The greatest leaders are those who have swayed the masses with their power of words and history is a testament to it. From Socrates, “Apology” to Martin Luther King Jr’s “I have a dream”, speech has empowered many to persuade thousands to work towards a collective goal. Westford recognizes the importance of this skill set and has introduced Mic Drop, an annual Westford Public Speaking Competition. The competition was held on 25th July 2022. It encourages students to take to the stage and prove their elocution and oratory prowess.

This year, six teams in groups of three, made up of some talented Westfordians took to the stage and went head-to-head to win the title of the “Winners of Mic Drop Westford Public Speaking Competition 2022”. The competition was judged by an esteemed panel of judges that included Ms. Raji Nair, Mr. Irfan Shaikh, and Ms. Nikita Bhoir. It featured three rounds:

The Chain Reaction: Where each team was given a kickstart to a unique story for which they were then the authors. It required the teams to craft a story based on sentences that they were given.

Point of View: Where each team was shown an image for which they had to present two different interpretations and propose a tagline.

Point Blank: Where each member of the team was given an incomplete sentence which they had to complete and speak upon the topic that they created by completing the sentence.

After an intense competition, the Team Hustlers featuring Ariba Abdul, Mathew Joshua, and Jatin Israni were announced the winners based on the collective points that they had bagged as a team.
Team DEE with David Isaac, Emaan Sajjad, and Eiman Ashraf and team Nebula with Manika Khanna, Sahil Dewani and Mohammed Taif were the first and second runners-up, respectively, only missing the mark by a few points. Nonetheless, all participating teams fared well and with each round, the competition grew stronger. For their efforts and a keen interest in public speaking the Dean of Westford, Mr. Zawahir Siddique said, “it is apparent that the room is bubbling with creativity and there is a certain theme of self-love and positivity that came across during the competition, it’s a reflection of the thought process of the new generation”. Mr. Zawahir then handed each student a certificate of participation and personally congratulated them for their achievement.

I had the opportunity to participate in MIC DROP 2022 - hosted by Westford university as part of the team “The Hustlers.” We battled nerves and waves of anxiety before hitting the stage and although it was a familiar setting and around the same faces, it seemed like a novel challenge ahead of us. Each round of the competition proved to be a test of one’s prowess over language, composure, and ingenuity. We tried our best and almost lost hope when the prizes were being announced -it could be attributed to our self-saboteurs and the chants of the crowd. We truly were not prepared for what came next, we turned out to be the team who took the first place. “MIC DROP” 2022, was a competition unlike any other- it truly was a showing of the creativity and excellence of all the students participating. 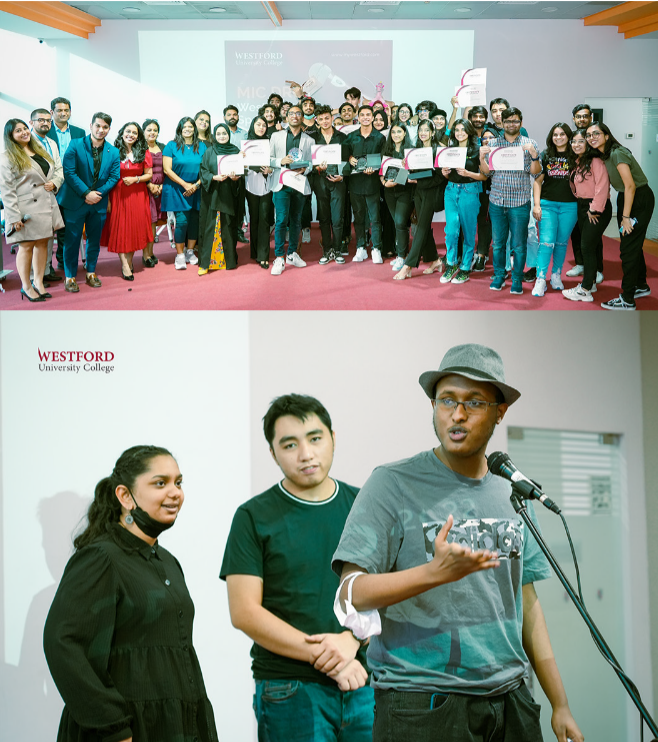 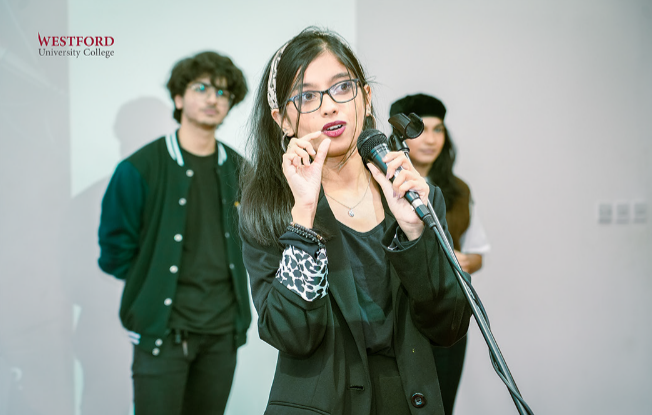 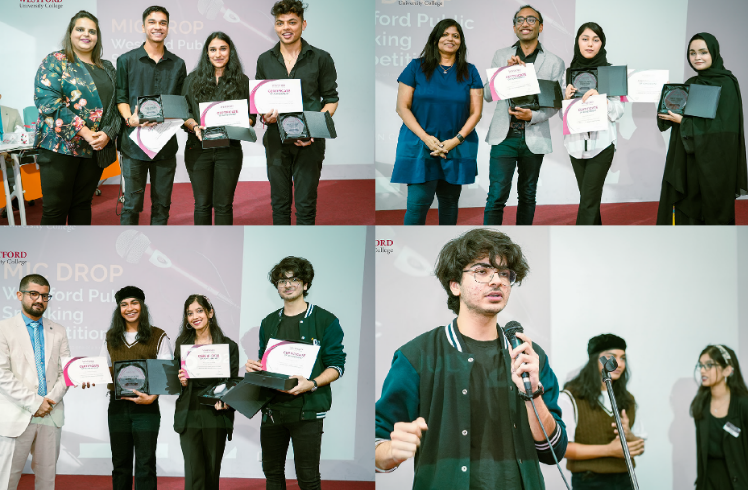 I participated in the Mic drop competition where I won 1st place! The
competition was wonderful and competitive; I had a blast talking in front of a supportive audience and interacting with other talented speakers. Westford has consistently pushed me to maximize my own potential and I believe that is what makes me proud to be here. “It’s never too late to learn!" Likewise, it’s never too late to try something new. This competition was a new experience and I'm very glad to be a part of it.

“MIC DROP” 2022 was the first opportunity I took in being part of the "Westford hosted competition". It was a challenging and fun event where I gained a lot of perspective and the interactions happening were very
knowledgeable. I was part of team “Nebula” which took home the title of the ‘Second Runners-Up.’ I am very grateful for this opportunity and will recall the same fondly in years to come. 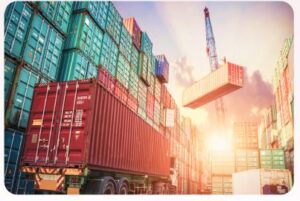 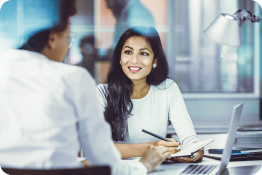